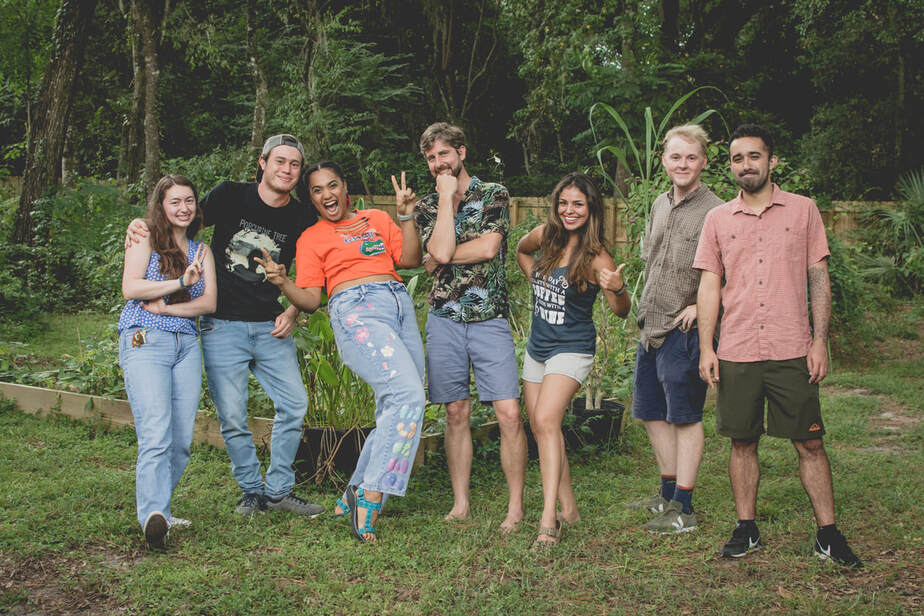 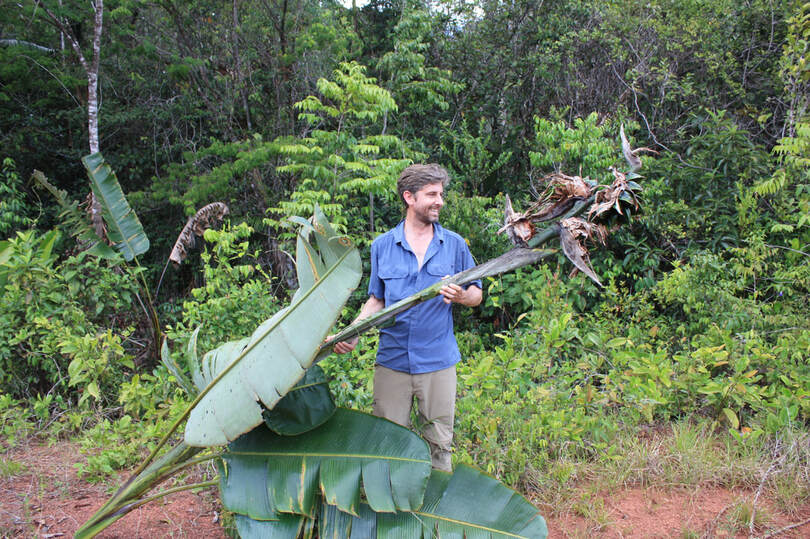 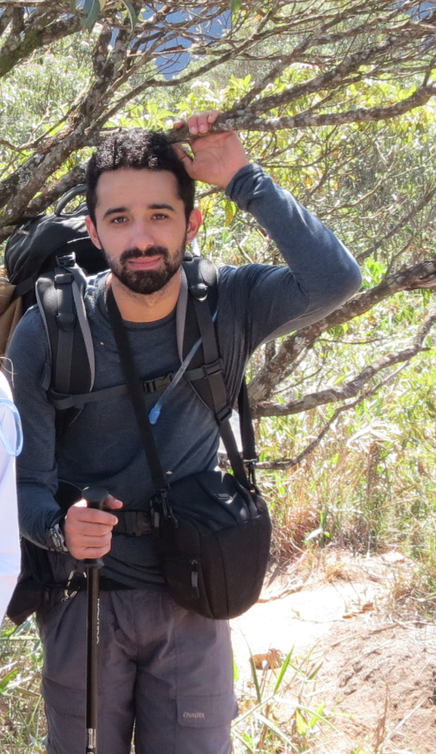 Lucas de Freitas Bacci, Ph.D., Post Doctoral Associate
Ph.D. (Botany) Universidade Federal do Paraná, 2019.
Lucas worked on the phylogenetics and systematics of the Bertolonieae (Melastomataceae) for his Ph.D. He is working on the global phylogenomics of Melastomataceae for his post-doctoral work in the Majure Lab. 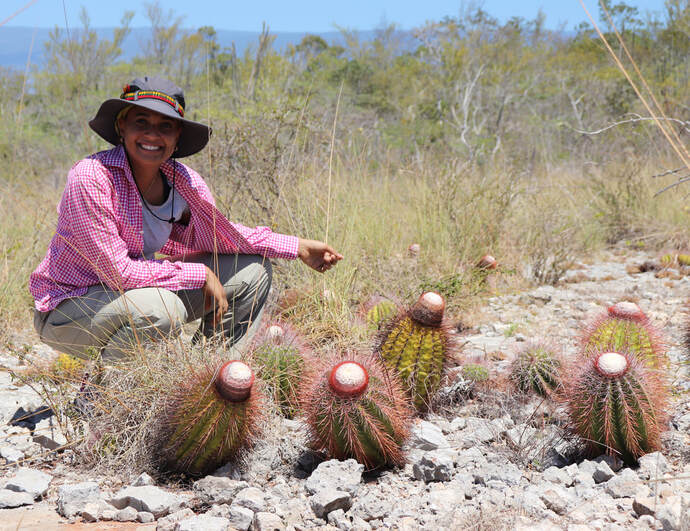 Yuley Encarnación Piñeyro, Ph.D. Student (Fall 2019)
Yuley worked on the population demographics of a Hispaniolan endemic species
of Melocactus, M. praerupticola (Cactaceae) for her bachelor's degree at
the Universidad Autónoma de Santo Domingo. Yuley started at UF in the Fall 2019
​and is working out biogeographic patterns of Cactaceae in the Greater Antilles, as well as a treatment
​for the Cactaceae of her home island of Hispaniola. 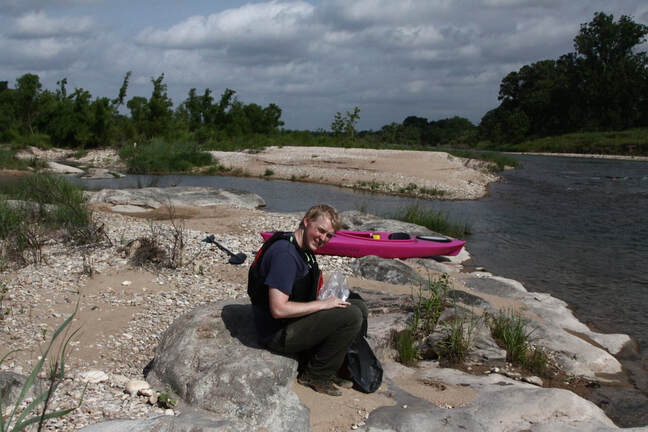 Thomas Murphy, Ph.D. Student (Fall 2020)
Thomas worked on revisionary systematics of the Clematis subgenus Viorna (Ranunculaceae) for his M.Sc. He started in Fall 2020 and will be investigating species limits, polyploidy, biogeography, and phylogenetics of the Neotropical clade of Smilax for his Ph.D. 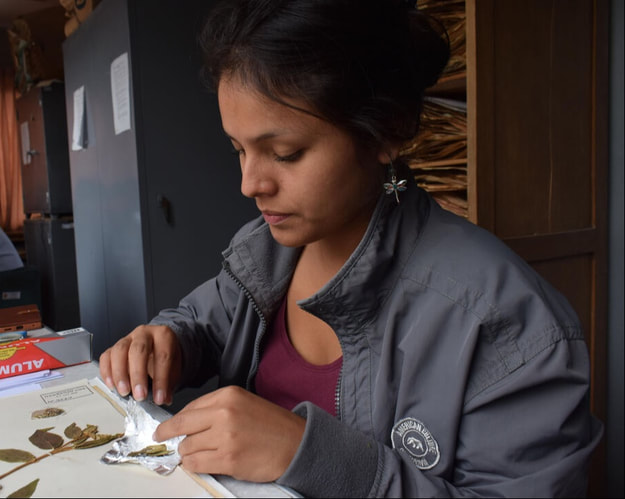 Malu Ore Rengifo, Ph.D. Student (Fall 2021)
Malu worked on a revision of Dragon's Blood Croton for her undergraduate work. During her Ph.D. studies, she'll be focusing on the phylogenomics and systematics of specific groups of Neotropical Melastomataceae. 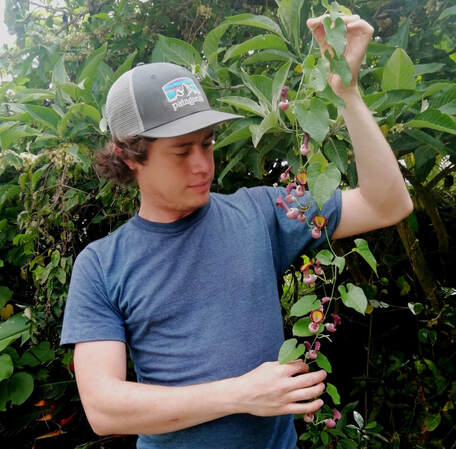 Esteban Jiménez, Ph.D. Student (Fall 2022)
Esteban has worked broadly on the Costa Rican (and Mesomaerican) flora, including broad scale floristics studies, and has also produced a treatment for the genus Aristolochia for Costa Rica during his M.Sc. and the University of Costa Rica.  Esteban will be working on the systematics of the genus Peperomia (Piperaceae) for his Ph.D. studies. 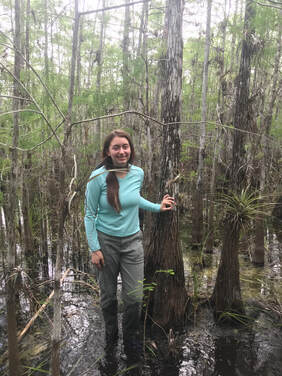 Natalie Heaton is an undergraduate researcher from the Department of Biology and has been working in the lab with Thomas Murphy on Smilax systematics. She is also a University Scholars Fellowship Program recipient. 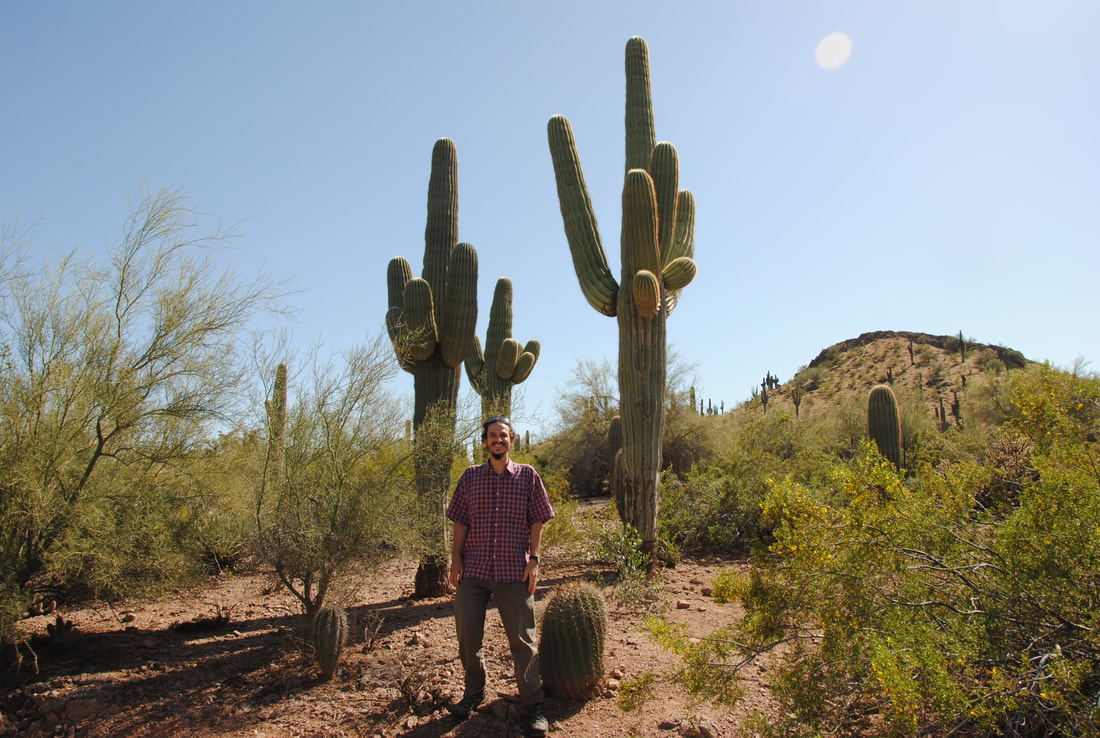 Dr. Matias Kohler, Universidade Federal do Rio Grande do Sul (UFRGS)
Matias was a short term scholar working in the lab on the phylogenetics and systematics of the southern South American
Opuntia clade. His work has been greatly clarifying relationships and species limits among the South American prickly pears,
and he'll be addressing biogeographic patterns and morphological evolution as it relates to the entire Opuntia clade.
​He recently published the first Opuntia plastome. https://doi.org/10.3389/fpls.2020.00729
Former Lab Members 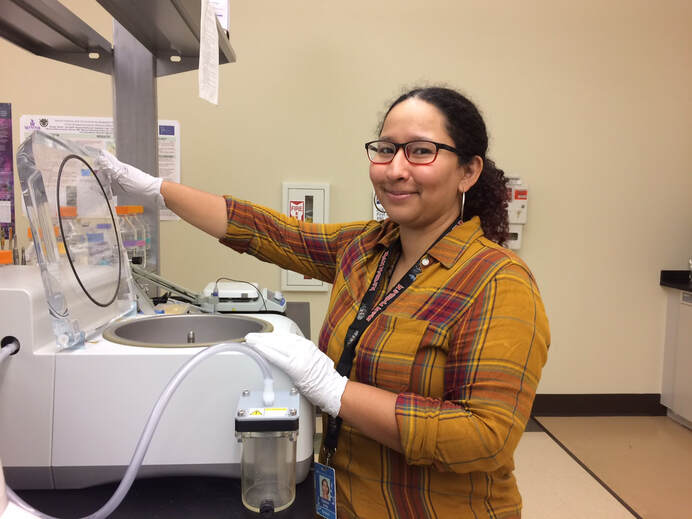 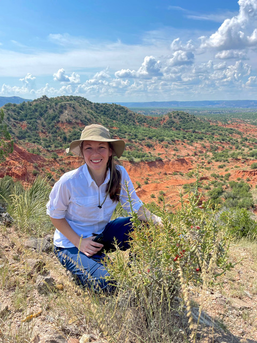 Bethany Zumwalde, Ph.D. Student, UF
​Bethany will be tackling the cytogeography of
the multi-ploidal Cylindropuntia leptocaulis
​(Cactaceae) for her Ph.D. 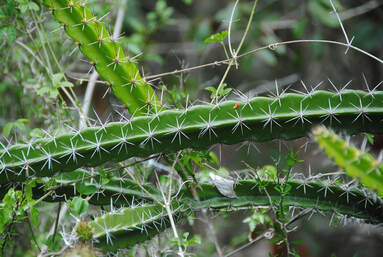 Kelly Ho, Undergraduate Researcher (Graduated Spring 2022)
Kelly was an undergraduate researcher in the lab from the Department of Biology and worked on several projects, including bryophyte DNA barcoding and two new species descriptions and illustrations in Cactaceae and Melastomataceae. 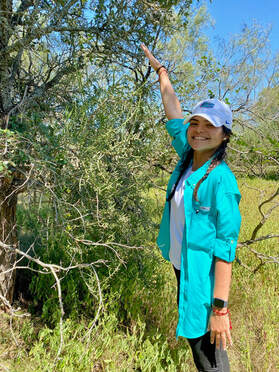 Raquel García Aponte, Undergraduate Researcher (Graduated Spring 2022)
Raquel was an undergraduate student in the Department of Biology and worked with Bethany Zumwalde on the cytogeographic analysis and characterization of ploidy across populations of Cylindropuntia leptocaulis, including carrying out fieldwork in the southwestern United States. She was awarded a University Scholars Program Fellowship for her work with Bethany on C. leptocaulis. 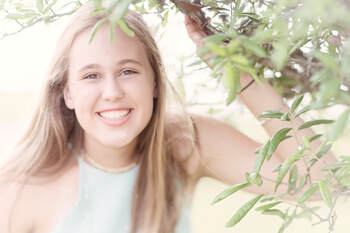 Allison Blankenship, Undergraduate Researcher (Graduated Spring 2021)
​Allison started in the lab in spring 2019 and worked on a number of projects in the lab, including plastid genome annotation in Simaroubaceae and DNA extractions for genome sequencing projects. She worked on the evolutionary and biogeographic history of a phenomenal group of Neotropical Simaroubaceae,
​the genus Castela, which we published in summer 2021. She was awarded the University Scholars Program Fellowship for her work with Castela. 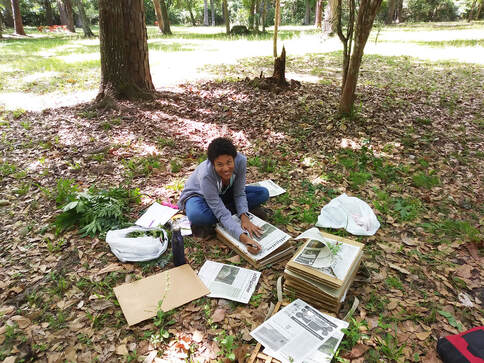 Ayress Grinage, M.Sc. Student (Fall 2019-May 2020)
Ayress worked on the systematics of the genus Sabal in the southern United States with a specific focus on the Sabal minor complex for her masters project.  She also worked on our campus flora project to enumerate the biodiversity found in our campus natural areas, including vascular and non-vascular plants and macrofungi, as well as other lab projects, including phylogenetics of Castela (Simaroubaceae); published in summer 2021. Ayress was a Bioscience Scholar in the Dept. of Biology at UF. She finished her M.Sc. in spring semester 2020. Ayress is now a Ph.D. student at Cornell University where she is continuing her work on Arecaceae!! We wish her well and know she is bound for great things!! 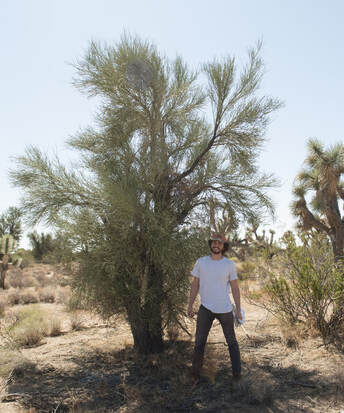 ​  Sean Noudali (ASU) was an undergrad intern in the lab
at DBG from fall 2017-spring 2018. He worked on a variety
of projects in the lab, ​and is now working on his degree in
neuroscience at WSU. 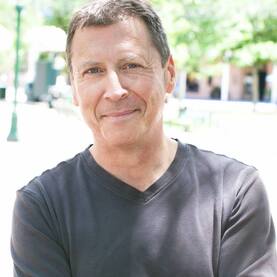 Dr. Peter Breslin worked in the lab at DBG, where he focused
on the biogeography, phylogenetics and population demographics
of ​hummingbird-pollinated species of Mammillaria (Cactaceae)
in Baja, California, and a large phylogenomic analysis of the Mammiloid clade.
​See part of his work recently published in Taxon. https://doi.org/10.1002/tax.12451 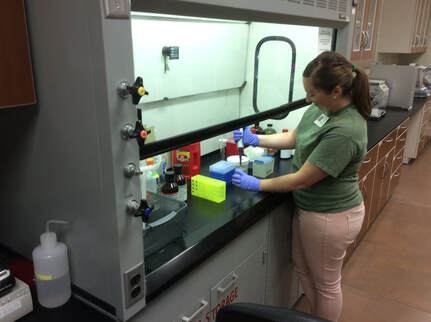 Dawn O'Brien was a volunteer in the lab at DBG
from 2014-1015 and helped  advance a number of
important projects, including much of the whole plastome
​  sequencing in Opuntia. She is now working on her medical
degree at the University of Arizona.

Gabriel Majure specializes in orchids with a special fondness for epiphytic taxa.
​Tristan  Majure loves to take out invasive species and press plants. 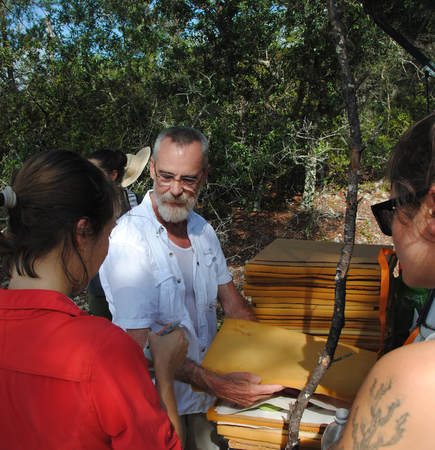 ​ W. Mark Whitten
Ph.D. (Botany), University of Florida, 1985
M.S. (Botany), University of Tennessee, Knoxville, 1979
B.S. (Biology), Thomas More College, 1976
​
Mark was a man of many talents and the backbone of the herbarium
molecular laboratory. Although he was a specialist in the systematics
of Orchidaceae, he also worked on floristics projects, community
phylogenetics and much, much more.
We lost Dr. Whitten suddenly in mid-April 2019. He will never be
​far from our hearts, and we will forever miss him.
Prospective students and Post-docs should contact lmajure@floridamuseum.ufl.edu for more information.